In the midst of confinement due to the pandemic and an economic crisis that impacts world economies, the business of manufacturing and exporting sex toys and dolls has experienced great growth in China thanks to high demand from France, the United States and Italy, especially .

According to a report by Yahoo Finance, export orders from manufacturers of sex dolls made in China have doubled so far this year, in large part due to the loneliness in which many people find themselves due to the social distancing that has been imposed. to reduce the rate of Covid-19 infection.

Export orders for adult products on AliExpress, a global retail platform operated by Chinese e-commerce giant Alibaba, have seen a 50% year-on-year increase since the start of the novel coronavirus outbreak.

Since March, when the Covid-19 epidemic began in Italy, orders increased five times compared to the same period last year.

"We produce between 3,000 and 4,000 dolls every month, most of which will be exported to foreign markets, including Europe, the US and Japan," said Chen Qing, director of a doll factory in the city of Shenzhen, South China. to Shanghai-based digital medium thepaper.cn.

Domestic demand for these types of products also increased during the lockdown in China despite the fact that the economy slumped at the beginning of the year during the start of the new coronavirus pandemic, Chen said, adding that export orders represent in the currently about 90% of its total sales.

The kind customers of the sex dolls

Most of the customers of these factories are middle and upper income men between the ages of 30 and 35, although not all buy sex dolls for sex, some people are willing to pay a price between 143 and 3,000 dollars, depending on the model, just to have company during these difficult times, said the manager.

Chen recalled the case of a man who lost his wife and sent them photos of her to make a custom-made doll similar to his late partner.

These types of toys made in China represent around 70% of the world market. In 2018, the total number of adult products sold through electronic channels reached 4,370 million dollars and this number is expected to exceed 8,574 million dollars in 2020, according to a report by the data analysis organization iiMedia Research, based in Shenzhen. .

Du assured that France, the United States and Italy have been the most active markets in the last four months and domestic sales have begun to stabilize as China has managed to control infections by the new coronavirus and containment measures they have become more flexible.

"Our production lines are running 24 hours a day and our workers are working two shifts to meet the growing demand," Du said.

The hot streak will continue

The companies dedicated to the manufacture of dolls and sex toys expect demand to continue to rise as in many places they are still at the peak of infections and mandatory quarantines have been re-established, although managers acknowledge that the virus has caused serious disruptions in global supply.

Dongguan City-based Aibei Sex Doll Company has also had to increase its staff to produce the 1,500 dolls they make each month, which are selling quickly and managers fear they will not be able to fill orders soon if demand continues to grow abroad.

"This is a market whose production niche is in China", (but not consumption), according to the digital medium thepaper.cn, because Chinese culture is relatively conservative, so all these products "are export-oriented, being the US and Europe the largest markets, "said Lou, the surname of the company's general manager. 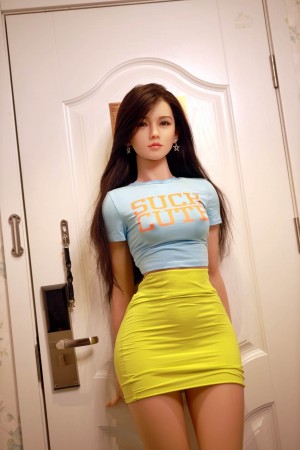